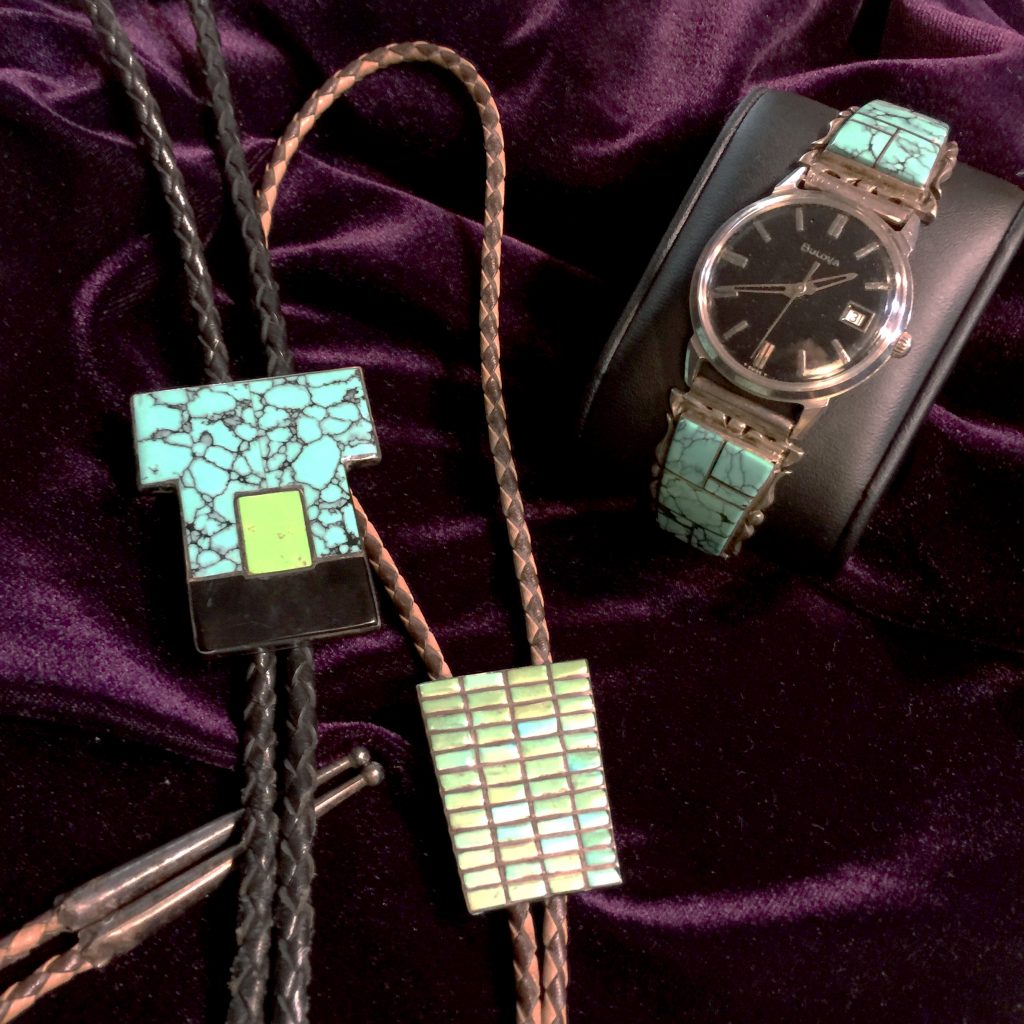 These are a few examples of Zuni stone inlay work. The Zuni Indians have a long tradition of jewelry making and are very fine craftsmen. The Bolos on the left of the photo are treasured pieces I own. The one in the lower center is called “channel” inlay, made by the Mahkee family for me on one of my first visits to the rez in 1990. The one on the far left I made with some instruction by Mary Jo Mahkee on one of my visits. I had just come down to Zuni after a trip to an Anasazi site called Chaco Canyon and I was inspired by the unusual architecture of the ruins, particularly the doorways. (See photos). 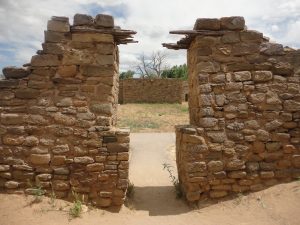 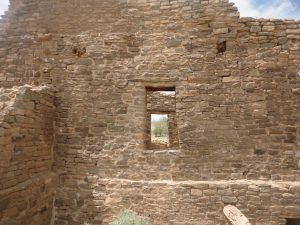 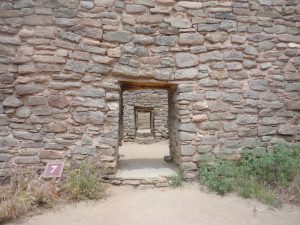 I’ve known the Mahkee family for many years and used to keep an old Airstream Trailer on their land because I visited so often when I lived in L.A. I was fascinated by the culture and the Mahkee family were always welcoming to me. I still visit when I can from Florida. I went out there for the Shalako ceremony last winter and talked Mary Jo into coming to Florida to teach a workshop this year at IAM Residency.

How I met them is a long story, but what the hell, it’s my blog.

I had been in L.A. working on films for about 2 years and doing some wacky performance art with The Holyland (but that’s a story for another time). I had established a little studio out in Joshua Tree just to get away from L.A. It was on the land of a sculptor named Louis Gonzales who was a Mescalero Apache. I didn’t know much about indians except from John Wayne movies and Louis encouraged me to explore the desert and go to a real reservation to see what it’s about. I think I didn’t even know they had indian reservations anymore. My Hollywood world view was a bit skewed toward make-believe.

My girlfriend Kim was an artist and had an old Dodge Tradesman van. She was hot on jewelry making at the time and was ready for an adventure. The van was her father’s and a non-descript rust brown paint job, but was fitted out on the interior with a sort of conquistador themed design with faux wood paneling and a bed, which was perfect. We set off from Joshua Tree on a perfect California day in May to seek out indian reservations and jewelry to sell with the pale faces back in L.A. I didn’t have any idea what we were doing and we started driving east into Arizona. We stayed off the interstate and kept to the side roads and some where along the way at an old gas station on the 66 trail I picked up a fine set of longhorn steer horns and wired them to the front of the van. Around Winslow we passed a prison of some sort and not much else for many miles. I needed to take a leak so I pulled off after a bridge over an Arroyo river bed. I was taking care of business and looked down into the Arroyo to discover what looked like someone had dumped a load of power tools down the bank. Possibly from a construction site heist, stashed to retrieve later. There were Skillsaws and Sawsalls and hand tools of all types just dumped down the revene which I picked up and loaded into the van while Kim kept a lookout. Now we had stuff to trade with the indians.

We hauled ass for a while to avoid being caught up in the construction heist caper.

When we crossed into New Mexico we started looking for the nearest rez to do some trading and make camp for the night. 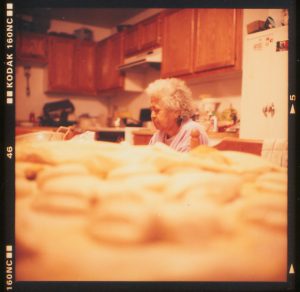 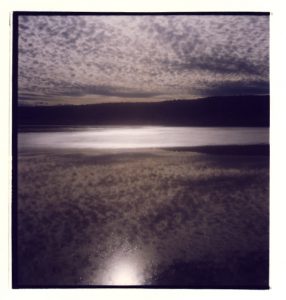 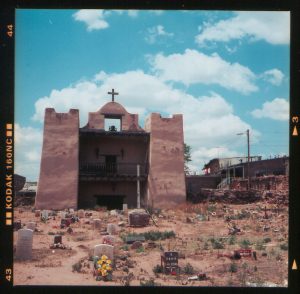 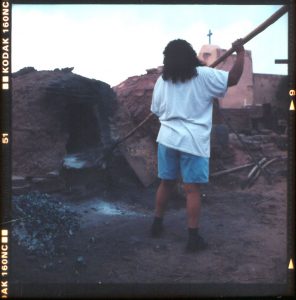 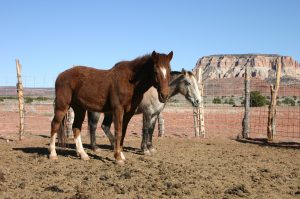 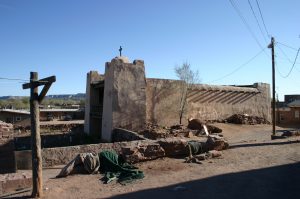