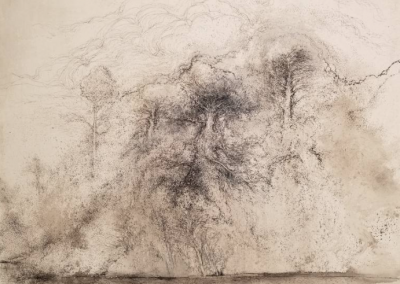 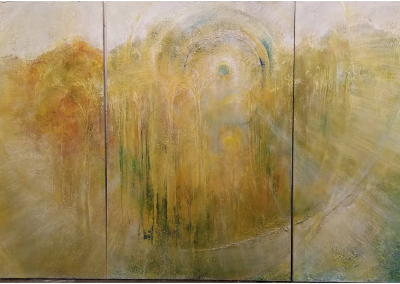 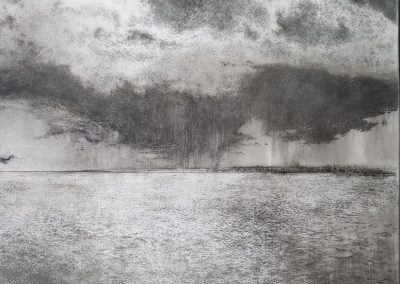 Franklin Matthews was born in Jacksonville, Florida, which is not terribly uncommon, but he is of a family that goes back 5 generations in Northeast Florida, which is uncommon. This does not mean so much in any sort of tongue-in-cheek titled sense, but it does hint at a visceral connection to the land.

Upon graduating high school, he followed his father’s suggestion and enrolled at the Florida School of the Arts in Palatka, Florida. His father, Franklin Matthews Sr, explained that after he paid “his dues” in the United States Marine Corps and in many years firefighting, he wanted his sons to be academic and accomplished in ways denied to him. He had his dreams, and his dreams had dreams by way of his children. He was, and is, a good man. That should be plain to see.

After 3 very formative years at Floarts, notably learning under Florida landscape painter Gene Robards, Franklin transferred to the Atlanta College of Art to finish his BFA. That time in Atlanta served as an introduction to the cosmopolitan fine art world, which Franklin could not get away from fast enough.

So back to Jacksonville. Back to his family, and the land of his family. Upon returning, Franklin married a woman who was clearly his better and worked for the county school board as an art teacher for 8 years while raising a family. Being who he was, and also his father’s son, Franklin changed careers and entered law enforcement. This allowed for many things in his life, not the least of which, is a chance to know the place and people he came from in a deeper, unedited sort of way.

If there is a cord that runs through Franklin’s understanding of life, it’s that places form people and people form places. You can’t really change who you are, but you can better understand who you are by understanding the place that made you, for better or for worse, for the love or hate of it. This forms the basis for his approach to his painting and drawing.

Learn more about the Th3Rivers Project